Microsoft adds more ways to automate processes with Teams, and more tools for building apps that live inside Teams 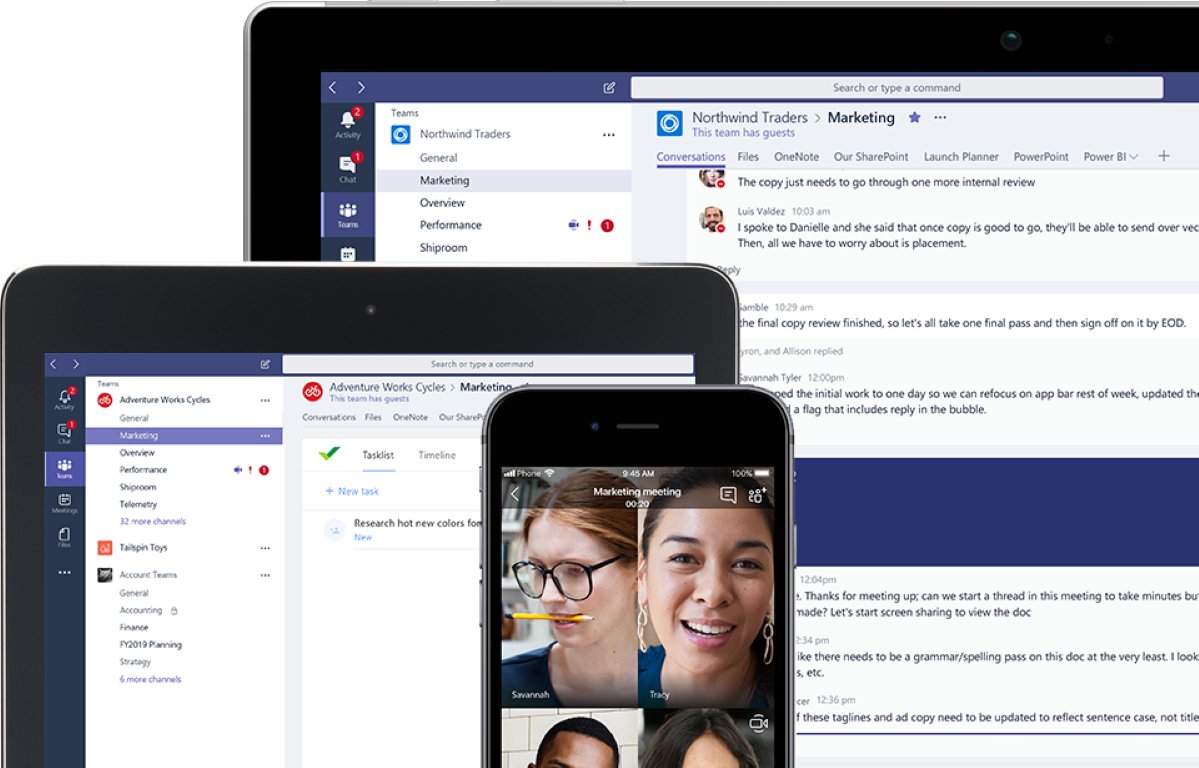 The dramatic increase in Teams usage as more people switch to working remotely isn't just about having video conferences instead of phone calls. As with alternatives like Slack and enterprise social networks like Yammer, Teams is as much a place to get work done as a place to talk about work.

Teams already lets enterprise users use some apps and services in a tab or pin Power Apps for quick access. For many organisations, Teams is becoming a hub for distributing apps and Power BI dashboards alongside in-channel bots, "because that's where people are spending most of their time" Charles Lamanna, CVP for the Power Platform told TechRepublic.

Frontline and field service workers are increasingly getting apps through Teams rather than from a portal, Lamanna suggested. "People are using Teams as they communicate with other people who are out doing work on a mobile device, and then they're consuming Power Apps which are distributed inside the team's client instead of going through the app store. That keeps people in the group chat collab environment and then you can easily switch over to do business tasks like record hours, record a repair or look up information about a particular physical location."

For information workers, remote work is also about content and collaboration rather than just chat, and the focus for the Power platform is now on making low code, chatbots and automations useful for enabling remote work, and on putting custom line-of-business tools where employees are doing that remote work (which from a Microsoft perspective is Teams).

To simplify this, Microsoft will soon make it easier to add Power Apps, Power Virtual Agents and Power BI dashboards, while the new Power BI 'Share to Teams' option is already available. "It's an easy way to take your visualisations around data and your analysis, and post that with the thumbnail directly into a Teams chat," Lamanna said. "If I'm looking at a report in Power BI and there's interesting data points, I can add that into the Teams channel with a screenshot of the report I was looking at to go start a conversation about the data."

"Teams as a hosting environment is all about collaboration, all about working with other people; whereas if I go to a browser that's all about my own personal productivity," he added.

The idea of Power Apps has always been to enable businesses to build custom apps to handle the 5% of their needs that common business software doesn't deliver using a 'low code' approach that needs some coding -- but not so much that only professional developers can do it.

That's even more relevant now because the pandemic has meant business processes changing quickly and organisations needing to build tools to manage new processes, Lamanna said. "All of our customers are saying all of our business processes have changed, we have to go do things that we never had to do before, like manage the number of people who are in physical locations, manage store closures, integrate with the local health department."

Power Apps are already available inside Teams, but until now they've been 'pixel perfect' apps laid out on the canvas that you had to design. Now they can be 'model-driven' -- using responsive layouts automatically generated from a data model that adapts to different resolutions and form factors.

"If you have a data model somewhere it will automatically build all the screens for you: all the lists, all the query pages and dashboards and forms will be generated automatically," Lamanna explained.

"So it's much easier to build a single application that works across the mobile Teams client, desktop client Teams channel apps as well as personally pinned apps, as well as IT-distributed applications, because each of those have slightly different form factors for slightly different aspect ratios. This responsive template makes it a lot easier to build what feels like a very integrated experience inside of Teams, where it takes up the whole chrome and integrates with the address bar. We can do things like updating the Teams title bar automatically, from that data model."

The Power Apps crisis communication template that Microsoft released to help organisations keep staff up to date works like this. It's been popular: 3,000 organisations in more than 40 countries deployed it in just two weeks. And it's been particularly popular inside Teams, Lamanna said.

"It's available as a standalone app or inside Teams, and what's interesting is that the majority of adoption is actually inside of Teams, as opposed to inside a browser or the standalone Power Apps player. That goes back to the idea that people increasingly want to consume application experiences inside a collaboration environment."

Power Automate is one of the most popular apps to install in Teams, letting you build workflows and chatbots, and it's getting new triggers and actions that work in Teams. "Now you can build deeper automation like creating channels or [setting] responding conventions inside a channel," said Lamanna.

Power Automate is also Microsoft's robotic process automation solution -- Lamanna jokes that it's "the ultimate connector" for Power Automate because you can record a macro for a legacy app, which many customers, particularly in healthcare, urgently need to automate. "It allows customers who have business processes which are super-legacy ancient systems to participate inside of Teams. You could have an adaptive card on a 25-year-old mainframe app because of RPA."

Microsoft will be adding automation for desktop applications to that, with its recent acquisition of Softomotive's WinAutomation platform.

Adaptive cards are also a way to get work done in Teams using bots. These are now connected to both Power Automate and the new Power Virtual Agents app for Teams, with single sign-on for the bots so users don't have sign in twice to use these low-code chat bots, which were originally intended for customer support but are now becoming a popular tool for employee self-service.

"You can have Power Virtual Agents author a bot around Q&A for your SharePoint sites, or it can go read all the documents and build a chat bot," Lamanna said. "In some cases, opening a form is not what you want; you might rather have a conversation with adaptive cards and you can do that with Power Virtual Agents. I can now fill out forms or do approvals or capture information which gets stored back into a line-of-business system, and actually do the work inside the conversational experience."

A typical business process will have plenty of steps that can be automated, but at some point, it's going to stop and wait for human approval. Rather than having employees open the full application to sign off on something, an adaptive card, built in the Power Automate visual designer, could show them the information they need to say yes or no -- what's often called 'microwork' -- without having to leave Teams.

That can be based on a Power App originally built as a full app, which can be pinned to the toolbar on the left side of the Teams interface (known as the 'rail').

"When I launch that full app experience it's fully integrated: I can have a hundred screens deep of information and that's completely inside of Teams. Or that same application can also publish microwork to channels and chats and bots, and update the same back end," Lamanna explained.

Republished from TechRepublic
by Mary Branscombe
May 26, 2020

Are you ready to make the most of IT? Schedule a call with an expert today.